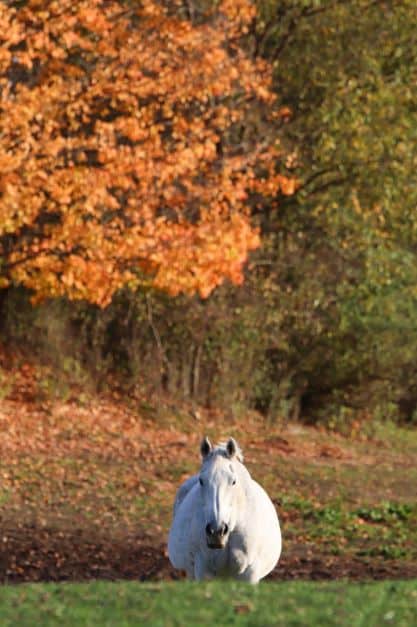 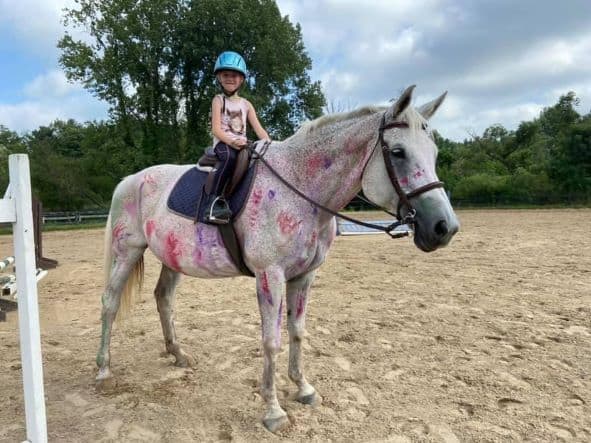 Will I ever stop being willing to take a green broke 15 year old horse? Probably not. So when an old horsey friend (who happened to be judging one of the rings at the show we were at) approached me and asked if I was interested in her mare. I said “YES!” Besides, I’ve aways wanted an Irish Draught. Chloe is a work in progress. She’s huge and gangley. It’s going to take a while, but I think she’ll make a good show horse for some deserving youth. She has a great jump if you can squeeze it out of her. She’s a little lazy……..but some of that’s good. We’ve already taken her to two IHSA shows where she packed around all the way from advanced students down to walk/trot. She just doesn’t care. Keep checking on her every year. I’m sure we’ll have more to tell.

A couple years have passed since we were given Chloe and I have never regretted the green broke 15 year old. Never once. Chloe showed up to 3’0 with us and when we needed a canter vaulting horse she stepped in with just 2 months training. Her current job is cross rails and 2’0 riders and she she is a star IHSA and IEA mount. Everyone LOVES Chloe!