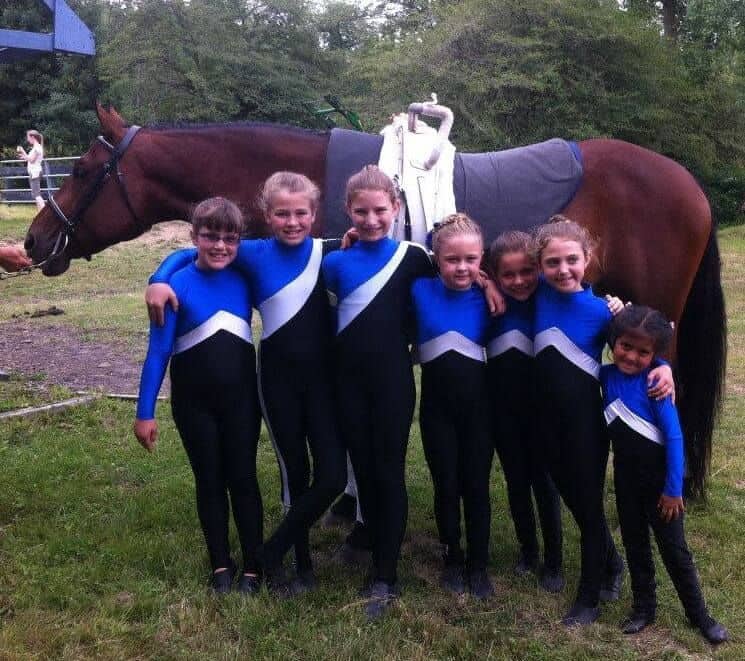 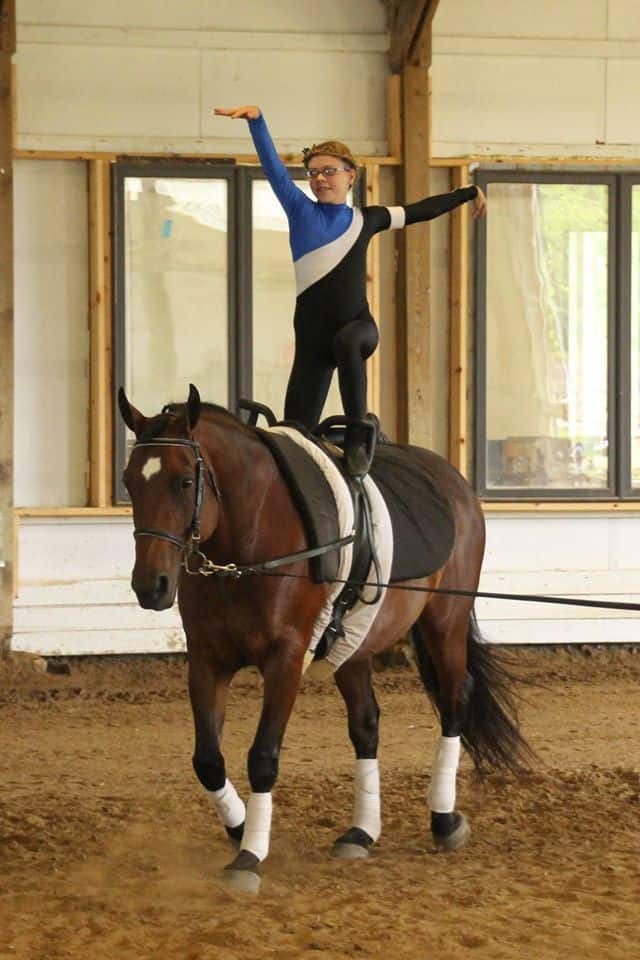 We have owned Miss Auntie Em since she was four years old (2007). She came to us as a totally unbroken (barely even knew how to lead), underweight (by a LOT), prospect from a horse seller we’ve known for many (many) years. We needed a vaulting prospect as our vaulting team grew, and we certainly weren’t opposed to something that might be able to be a Jack of all Trades. Em looked like she could fit the bill. Kali and Kendra began training her to lunging and vaulting right away, and the winter camp kids were vaulting on her within a couple weeks. Em was showing off her intelligence and was a quick learner. Amy started breaking Em under saddle that spring and found a bit of a spook in her (corners of rings are kind of scary, turns out), but when we put Em back to vaulting, in a pinch, at a vaulting camp we were hosting before summer camp, she was a star again. Since then, Em has done nothing but improve. She’s incredibly cute over fences, hints at some automatic flying lead changes if you can put her together well enough, and is flashy. For vaulting, she has quickly become a walk-trot extraordinaire. Em and JessieShe tolerates absolutely everything you do on her, every time and has a very smooth trot to boot. She has carried probably hundreds of vaulters between our camp lessons, year round team members, and other teams’ vaulters using her at fests, from tiny tots to full grown teens and adults. She even won the 2015 American Vaulting Association Region X Horse of the Year award, judged based on points earned throughout the season. Though she may be a bit of a brute at times (she knows she’s a bigger gal), she’s worth her weight in gold and truly is the Jack of All Trades we gambled for when looking at a barely-broke-enough-to-even-see-her-movement-and-terribly-underweight horse so many years ago. And in case you’re wondering, her figure is as well rounded as her resume, and it takes very little grain to keep it that way (just how we like it!).