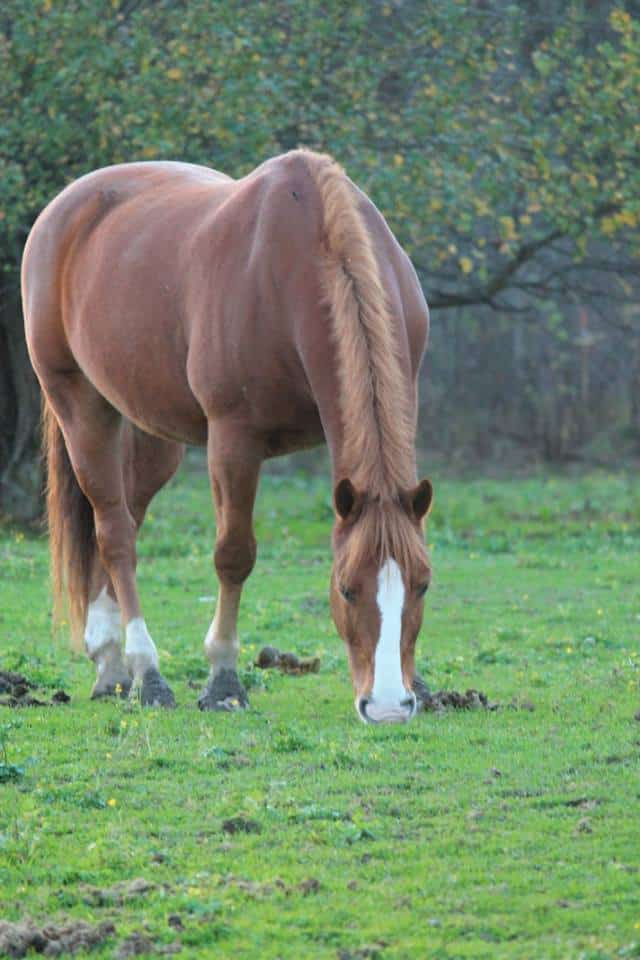 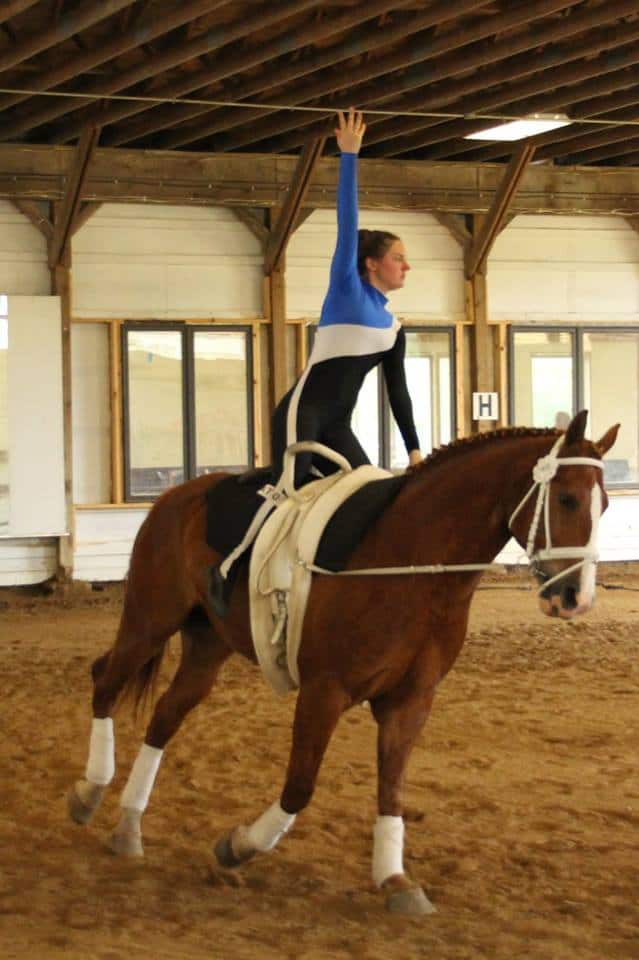 If any horse at Cedar Lodge has a Napoleon complex, it would be Dozer. He is not the 16.0 hands that we had hoped. In fact, he may be a bit shorter than 15.2, but it doesn’t matter to him. He works like the little train that could. There is no fence too big, no amount of canter vaulters too many. He’ll take on the world and never look back!

When I was first asked if I was interested in Dozer, I was not. We had a client looking for a horse and when I looked at Dozer’s video, I could tell that he was too green. I dismissed him and moved back to what I was doing. That was in December. Two months later, I was shown the same video. I of course, by now had forgotten I had ever seen him in the first place. This time however, instead of considering him for a show horse for a client, I was looking at him as a vaulting horse. In the video he was trotting on the lunge line. He was trotting up to a 2’6 vertical, jumping it and cantering away. It was those 3-4 canter strides after the fence that intrigued me. He looked like just what we were looking for.

I went to see Dozer with in a couple of days of seeing that video. I had to convince his owner to sell him to me. She knew we were looking for a vaulting horse, and she was afraid that would be too monotonous a life for Dozer. I convinced her that he would be doing several different types of work, and she was all in. Dozer didn’t have a canter under saddle when he first came. He had had some run ins with men with rough hands so now and then he can be a bit defensive, but with a year of patience and constant work, Dozer went to his first vaulting competition and competed at the canter. By his second, not only did he carry several of the Cedar Lodge free styles, but he stepped in as a horse for another team, whose horse was not usable last minute. He made his parents proud on that day!Dozer jumps

I wasn’t lieing when I said that Dozer would be cross training. Our vaulting horses work under saddle 2-3 times on alternate days to their vaulting. Often this is working in low level dressage and trail/hill work, but if they are capable, we jump them, too. By fall of Dozer’s second year, he participated in 5 IEA shows as a draw for the 2’0 jumping classes. He was great. Doesn’t care about the fences, doesn’t care what you do on him and he’s even considering figuring out lead changes. And he’s sooooooo fun! 2016/17 was a big year for Dozer. Her moved up to the 2’6″ in IEA competitions, AND moved up to the 3’0 IHSA competitions. He’s working hard on his lead changes and has proved that the 3 years to get him this far were worth it. He is starting to develope a fan club in both vaulting and riding and stories have started to circulate around the barn. He has figured out how to unlatch his stall door, and if you are late feeding on a cold wintery morning after the horses have been in all night, you may just find him letting himself out, walking around the whole barn to the front door and knocking to come in. Dozer is a all around favorite for everyone that knows him and definitely has a fully developed sense of humor. Besides, he’s just so stinkin’ cute!