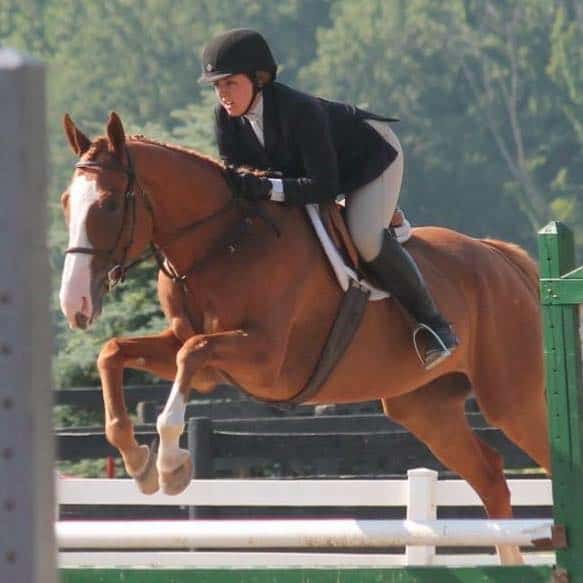 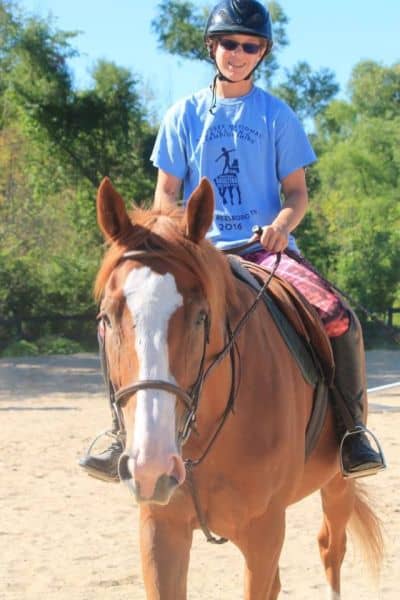 Duke was a race horse and we were told that Duke was tried in a lesson program somewhere in Indiana. We bought him from a young family that only had him for a short while and felt they were in over their head. Duke is a lovely horse with a sense of humor and a great lopey canter. I see jumping in his future and probably some showing. Duke might not be the brightest light bulb in the packet, but who cares? With three white socks and a big white blaze, who needs brains?

Several year have passed and Duke has really come into his own. He started his career with Ashley Butler in the irons teaching him how to be a good horse. Two years later, he is now starting his second year of showing with his first junior rider. Duke has a great little jump and shows up to 3’0 with a nice flyng change on both sides. He is working on doing the upper level IHSA and IEA riders. We plan on having Duke around for a long, long time!