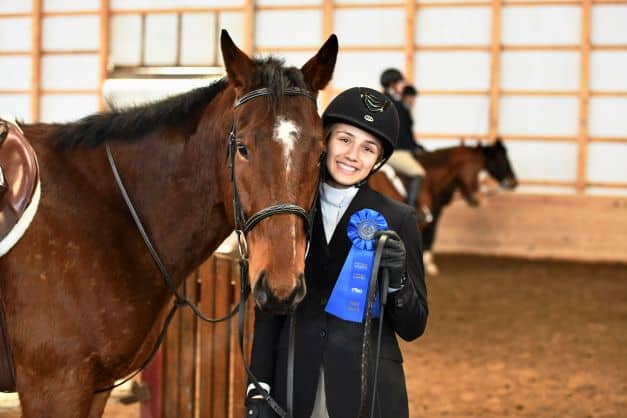 At 3 years old, Mac came home and continued the next couple months to have some R&R and was nursed through a few abscesses as his foot angles were not good. When he went back to work he proved to be exactly as they thought: a kind, old soul, who tries his heart out. He is a 17-hand Ottb who is still learning his way around the arena. He will hopefully make a mid-high level show horse in his time. We call him Mac Attack or Macaroni!