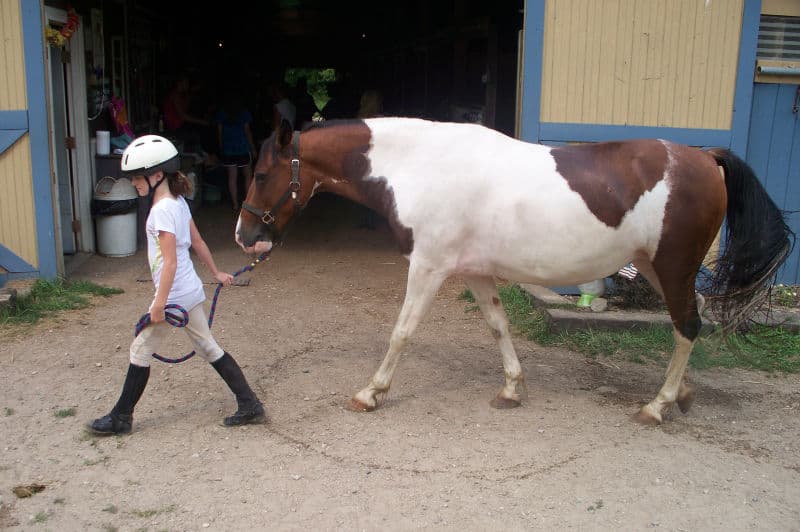 It wasn’t so much that we were looking for anymore horses. It wasn’t even that I thought I was doing someone a favor. It has more to do with the addiction to horse auctions that had gone unquenched, and the on going desire to give horses that deserve a better chance at life, a chance at life.

Chris and I were on our once or twice a week ordeal of dropping off the 2 ton truck at the Saw mill to be filled. A necessary evil if you have as many horses as we do. On the way home, Chris casually mentioned that Duane had offered her a horse. This wasn’t unusual. Duane and Daryl his wife, have not only been good clients of ours over the years, but good friends. The last several years, Duane had had the job as Animal Control Officer in control of Van Buren County. I could think of no one suited better for the job. A devout animal lover, and a genuine people person, I could just imagine the daily struggle it must be for Duane not to bring each and every one of his new charges home. Over the last couple of years, Duane had offered us a few of his charges when he thought they may be suitable for our program. The last couple of days alone had had an offer of a Emus, a wild pot bellied pig, a horse, and a couple of bunnies. The horse struck my interest. Evidently, this particular horse had been found wandering on Red Arrow Highway, our local 2 lane highway that runs parallel to I-94. The owner was said to have her tied in back, and evidently, this mare was having none of it. Since we were in the area, Chris and I decided to drop by the local owner and take a look at what she was. As we pulled off Red Arrow across from the house, I could just spot the little mare in back of a dilapidated garage. She was tied by a short chain around her neck adjacent to a dog house. Her small area of exercise had no grass, hay or other signs of food. All that was left was hard packed dirt. Her hair was long and tangled, long after our horses had given up their winter coats. She was grossly under weight. “Tell Duane, that if he ever needs a home for her, we will think about it.” I said. Chris nodded. We were in agreement.
Moffit ridesSeveral days past and I had forgotten the little horse on the chain. Sad it might be, but I have seen many sad horses in my time, and sometimes it is better to move on when there is nothing you can do. Of course, then, we got the call. A warning had been given to the owner that the next time the mare was free on the highway, it would either be a fine or impoundments. The freedom had happened, the mare was caught by Duane and when confronted with a fine or giving up the rights, the owner had signed off ownership. Evidently, the mare had been given to him by someone stopping by his garage to buy something. The original owner was headed down to Arkansas and hadn’t wanted to take the horse with him. If any money exchanged hands, I don’t think it was much.

Chris and I traveled over to Duane’s that afternoon and took a closer look. She was thin. And weak. By her teeth I would guess her age of about 4. Her long hair was course and falling out from lack of nutrition and lice. I took a leg up from Chris a rode her around the barn. She seemed at least a bit broke to ride. Her feet were long and showed no signs of care. She had one shoe still on, though the other had long been gone. The one remaining must have been from last fall, over 6 months ago. The hoof wall had grown around it as if it was a natural part of the hoof.

Of course we took her.

Moffit is lovedThough we took pictures of the mare with in the first couple of days at our place, Chris wouldn’t let me post them on the web site. “They are too depressing.” She said. By summer we had “Moffit” fattened up enough to be ridden. Though she cared very little about riding, she was definitely not “broke”. Cathy, Kendra and Kali among others spent long hours in the saddle preparing Moffit for summer camp. Though by summer she was broke to canter, last summer Moffit was only used as a walk, trot beginner horse, a job she took to like a pro. For the Future? I see Moffit having a long and happy life at Cedar Lodge. She will probably never go to a horse show, and for that matter I doubt she will ever jump. She is not built for either pursuit, but that doesn’t bother me. We are proud of our walk, trot, and walk, trot canter horses at Cedar Lodge. Someone has to start off all those beginner riders, and we value them just as much as our show horses. If Moffit stays agreeable in those divisions, her name will be on a stall door for as long as she likes.

To answer the question of, “Why Moffit as a name?” I have no idea. I looked at her and it seemed to fit. Don’t you think so?