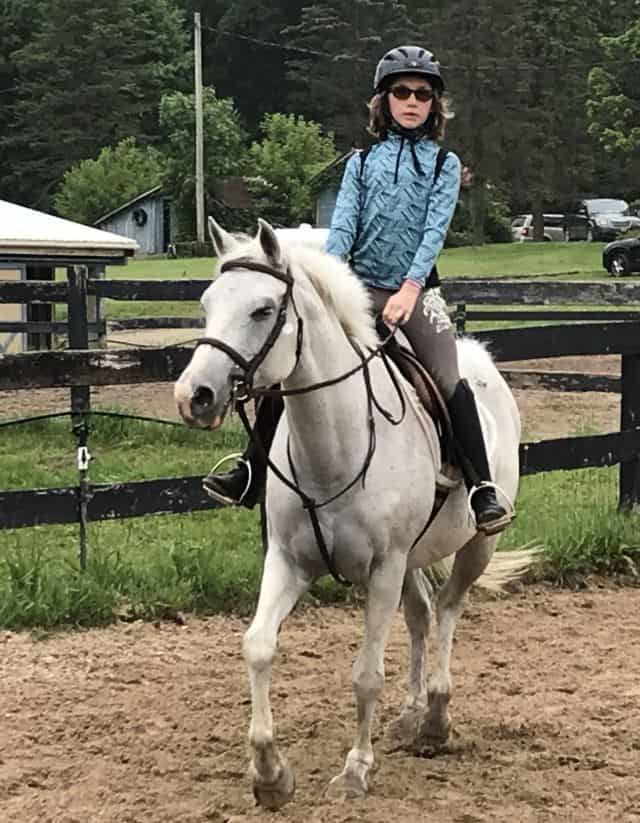 Nilla was a 4-H mount for many years and was ridden both english and western until her little boy became not so little anymore and really wanted to show pigs instead. Finding a good home was a priority to him and when we approached him about Nilla coming to Cedar Lodge the answer was, “Yes!” Nilla had a couple tricks up her sleeve for our riders in her first summer, but we decided the problem was more that we were trying to drop her too low. This last season we have placed her in riding classes just a little higher with great success! Nilla has become a cute little jumping pony and is practicing her flying changes so that she can become cross rail show pony extraordinaire! She takes a light hand and quiet leg, but once you figure her out, she’s a star!