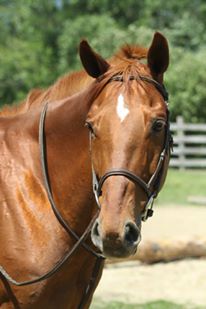 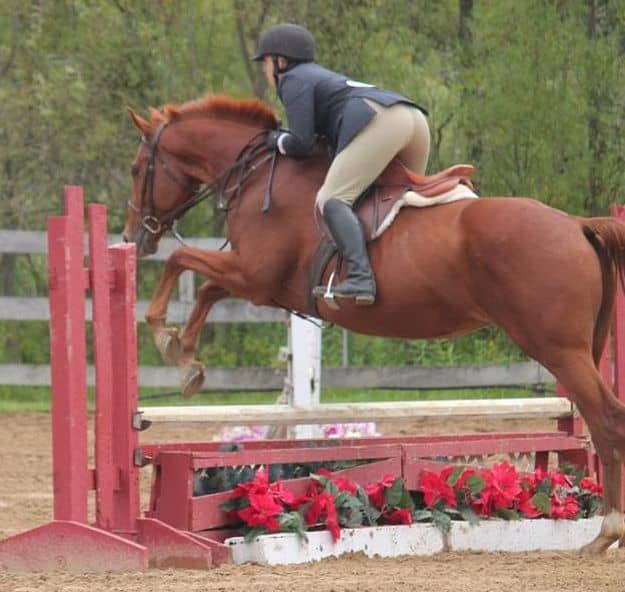 I don’t know how many times I have started one of these bios saying, “I wasn’t looking to buy a horse….” but I probably shouldn’t count. That was certainly the case when Will came into our lives.

We had contacted our horse dealer friend, Connie Pass and told her we were looking for a horse for Cathy, who works at the barn. With in a couple weeks Connie called and said she had just the horse. We asked if she could bring him out for us to try and she said she would. It was quickly obvious that Will would not be what we needed for Cathy. He was smaller than what she needed and very green…..very, VERY green! Like the kind of green that hardly canters and can’t handle cantering and turning at the same time. That being said, I liked him. And he was cheap. We said “no” to buying him for Cathy, but Chris and I bought him anyway. Someone later asked me why and I shrugged. “Better to have him in this barn than competing against him in someone else’s barn.” And that’s the truth of why I bought Will. I didn’t want him, but I didn’t really want anyone else to get him, either, so I bought him.

After a couple rides, I put him back out to pasture. He was suppose to be 4, but he rode like a 2 year old. His canter just wasn’t balanced. It’s like he hadn’t a clue. So I put him back to pasture and told him to grow up. I rode him occasionally and jumped him a little, but kept turning him back out. Kind of like that bad cheese in the commercial. He just wasn’t mature yet. People made fun of me, but I would shrug. “He’s just not done, but you wait. When he’s ready, he’ll be ready.”

Will and AshleyI am not sure how old he was when he was ready and I probably shouldn’t do the math, but we had him for a couple years. All of a sudden, that summer, Will started putting together a canter that was nice. Shortly after the canter developed, he started jumping like he had a clue. I took that little block of cheese out of the wrapper and put him to work. Soon after I had Will jumping small courses, I asked Ashley if she wanted to share the ride on him. I certainly had enough to do, and Will is fun. Ashley agreed and took Will to several of his first shows. Actually, he’s been kind of a shared project between Ashley, Kendra, Kali and I. Everyone rides Will at some point just to make sure he’s going and learning. After all, it takes a village….

The fall of 2015 I was back on Will once Ashley went on to college. Even though he hadn’t had a heap of show experience, I thought Will had a chance to be a solid citizen for IEA. He had already proved that he was safe in the hacks, and Will is one of those horses that, as we say, “can take a joke”. Meaning, that even if a rider makes an error, Will just keeps cantering and doesn’t take advantage and buck you off in the corner. That’s a perfect IEA horse. So, I spent a month riding Will, working towards the 2’0 division, teaching him a bit about equitation turns and adding strides. Will showed in November and January at our show and though he wasn’t a finished project, I am pleased with the result. We still have some work to do. He needs work on flying changes and roll back turns are a challenge, but Will’s young. Give him a couple years and I think he’ll be a super star!Will at Regionals